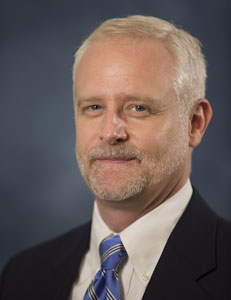 Originally from outside of Dayton, Ohio, Sean Lackey explored an interest in architecture at a very early age. The family relocated to Orlando in 1985, and upon high school graduation in 1989, Sean attended the University of Miami in Coral Gables. It was at the University of Miami that he continued to hone his skills in architecture with specific emphasis on new urbanism and historic preservation with professors which were national leaders in these areas.

Graduating with a Bachelor of Architecture in 1994, he returned to Orlando and designed notable and award-winning projects in the Central Florida communities of Celebration, Isleworth, and Lake Nona. In 2001, Sean joined the team at Baldwin Park, a new urbanist community replacing the decommissioned Orlando Naval Training Center. As the Town Architect at Baldwin Park, Sean worked on the guidelines and administered the guidelines in the review of the architecture going into the community to ensure a quality expression was the end result. The architectural reviews included analysis on building massing, placements, densities, and appropriate architectural style expressions. Holding true to strong placemaking principles, the neighborhood won the 2004 Urban Land Institute’s Award of Excellence. The reviews were also a close collaboration with the city of Orlando, and Sean worked with city planning staff members to ensure the neighborhood’s development occurred in a manner consistent with its Planned Development ordinances. In October of 2007, Sean launched his own firm and began work on projects throughout Central Florida including residences in Oakland Park, Winter Park, College Park, Country Club of Orlando,  Working with the Tavistock company, he has also provided planning services, architectural guidelines, and architectural reviews at Lake Nona’s Laureate Park.  He also is a longtime member of the Design Review Committee for Lake Nona Estates and currently on the city of Orlando’s Historic Preservation Board.

Outside of architecture, Sean spends much of his free time in the sport of rowing and competing in regattas with the Orlando Area Rowing Club (go O.A.R.S. !) both locally and regionally.  He also volunteers with organizations in Central Florida and travels internationally on humanitarian missions to developing counties.  These trips have included working on housing and helping others in Guatemala, Mexico, and Brazil.